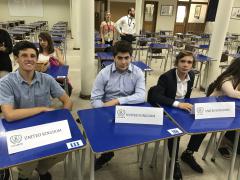 On Friday the 22nd of March, Chile’s first MUN (Modeled United Nations) conference was held at The Grange School. A number of students from several of the British schools were present to participate in the event. From The Mackay School there were five students who made the trip. Benjamin Bravo, Nicholas Temkin, Antonio Karmy, Jose Ignacio Escobar, and Luciano Ramirez all represented the delegation of the United Kingdom to debate about several topics of conflict happening around the globe.
This involved many hours of discussion throughout the morning and into the afternoon.Including a couple of weeks of research and preparation
prior to the event. In general however, most (if not all) the students enjoyed the event and are looking forward to the next conference that
will be held at the Craighouse School in August. 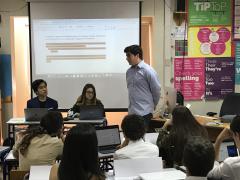