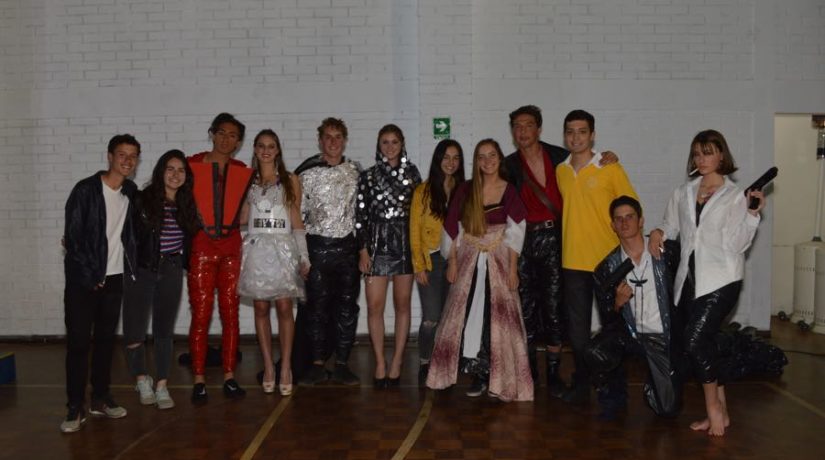 After a very energetic first day of School Week, came the competition show of “So You Think You Can?”. The show is annually organized by the English Department to showcase the talent of both Mackay and St. Margaret`s schools. Within the event were categories of singing, acting, and design to represent the decades of the 70`s, 80`s, 90`s, and 00`s. The event was hosted by English teacher Mr. Juan Garcia with help from fellow English teacher Mrs. Veronica Cordero. The event was a very enjoyable one with plenty of action from the actors. The designs of the costumes were very well-made. In addition, all the clothing was of recycled materials. Last, but not least, were some great performances in the singing competition. They really shined in the spotlight with their voices. At the end of the show, judges Christian Vergara, John McGregor, and Maria De Los Angeles gave the results to the public on the drum roll. And the winner was… The Sutherland House!! With the win, Sutherland is currently leading the school week. Until next year!”